Best of Dorset: Reconnecting Wareham and Swanage by Rail

Where can you see Steam Trains in Dorset?

We have an unusual background noise here in the Dorset Cottage Holidays office. In among the school groups, traffic and tourists, there is also the loud chug and occasional whistling toot of the Steam Train. Imagine Thomas the Tank Engine (the original version!) and you aren’t far off. This has a stop in Corfe Castle along the road from us at Dorset Cottage Holidays, the midway point before its final destination in Swanage or Norden. This is definitely one of the must-see attractions in the area, but it has become a lot more accessible. Connecting Wareham with Swanage by rail, a new diesel train line is more than a tourist attraction; it has huge potential to transport more visitors to Purbeck. 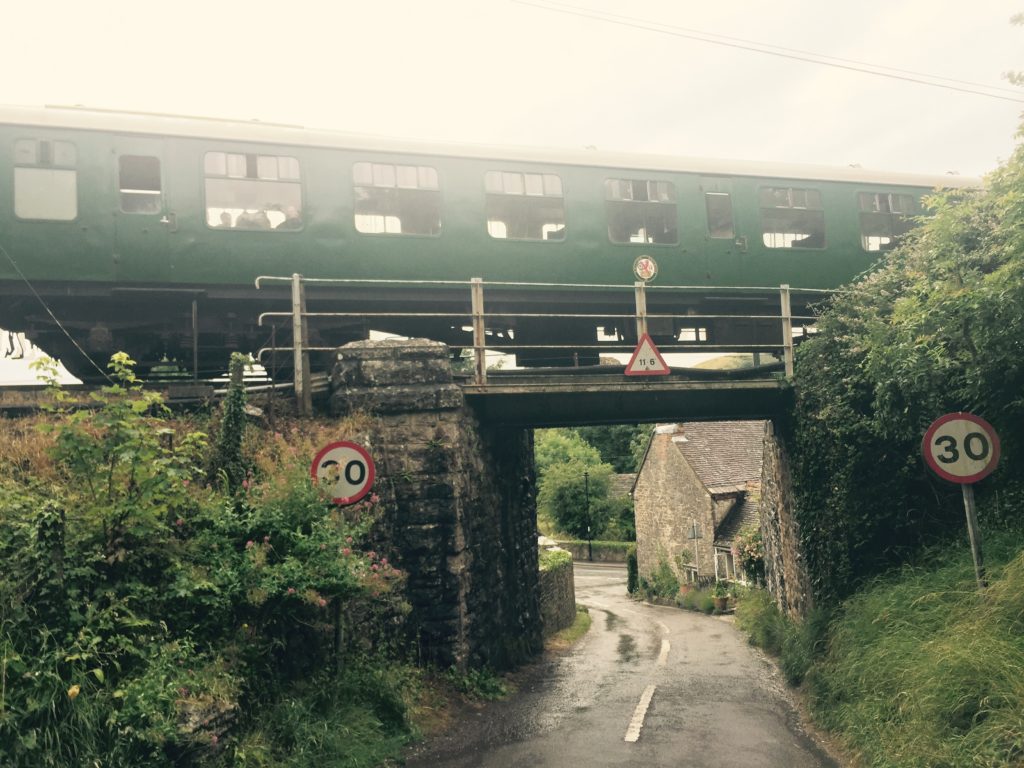 How to get to Swanage

After 4 decades, Swanage is finally reconnected to the mainline at Wareham. This is no small feat. Years of planning and works have taken place to make this happen. All this hard work has been for good reason. You can read about the dramatic history of the railway on their website, but the reconnection has inspired much interest; many articles and posts have been published all over the media since the line reopened. Swanage attracts thousands of tourists every year, all year long, and especially in the summer.

There are only two main roads in; one through Corfe Castle and one through Studland via a chain ferry. Swanage and the surrounding villages see many cars on these roads. They all head in one direction: the beautiful, Blue Flag beaches that line Swanage bay. The beaches are complemented by independent shops, cafes and unique attractions, making Swanage one of the jewels of Purbeck.

While the timetable for the new diesel train is limited (4 trains per day, at 2-hour intervals), we would definitely encourage using it while you holiday in Dorset. The journey itself takes you over and under historical bridges, through forest, heath and countryside until you reach the bustling seaside town itself. Wareham is then well connected with regular trains to London Waterloo taking around 2 ½ hours.
The impact on tourism in Purbeck is that thousands of cars could potentially be taken off the roads. Many people who live in Swanage have praised the reconnection. 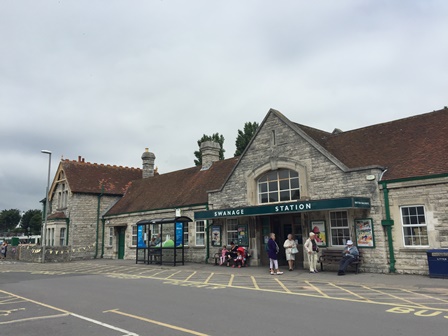 Now that have come to the end of the school summer holidays, we did a quick call for people’s views on the new trains. Locals and visitors alike have had an opinion, which is great to see.

Some comments from locals praised the improvement in access to Purbeck without the need to get in the car. Other comments included calls for more stops in local villages, notably Harman’s Cross. Some would like to be able to make more use of the service but feel prohibited by cost – there is a resident’s discount in place, but some feel this remains on the pricier side for public transport, not as competitive as it could be with local buses. A proposed solution by one commenter was to decrease prices – in theory allowing more people to ride the train.
However, whether there would be capacity for the increased number of visitors is another issue. One commenter noted “[I] Have not used the service myself, but have been on the Swanage station when it’s pulled in and it’s been packed, so can only be good for the town”.

It was also well noted that of course, travelling by train is much more comfortable and relaxing than by car, and that the service has mostly run on time except when dependent on mainline rail.

Go further on holiday – from Wareham to Swanage by rail

Holidaymakers have praised the new line, especially the ability to go further without a car when staying in Purbeck. This has obvious benefits for the levels of traffic and parking congestion in the area. One commenter reported, “[I] Was at Wareham Station last Sunday when lots of passengers from the train from Waterloo got tickets from the special ticket office and then boarded the Swanage train”.

As a local business, we of course welcome holidaymakers which bring so much life to Purbeck in the summer months, and we love to share the beautiful natural and man-made attractions that make the area so special. Part of the reason visitors come to our lovely Dorset, though, is the tranquil and peaceful surroundings and the ability to ‘get away from it all’. In my opinion, leaving the car behind is a great way to do just that – sit back and relax on our newly improved rail connection. 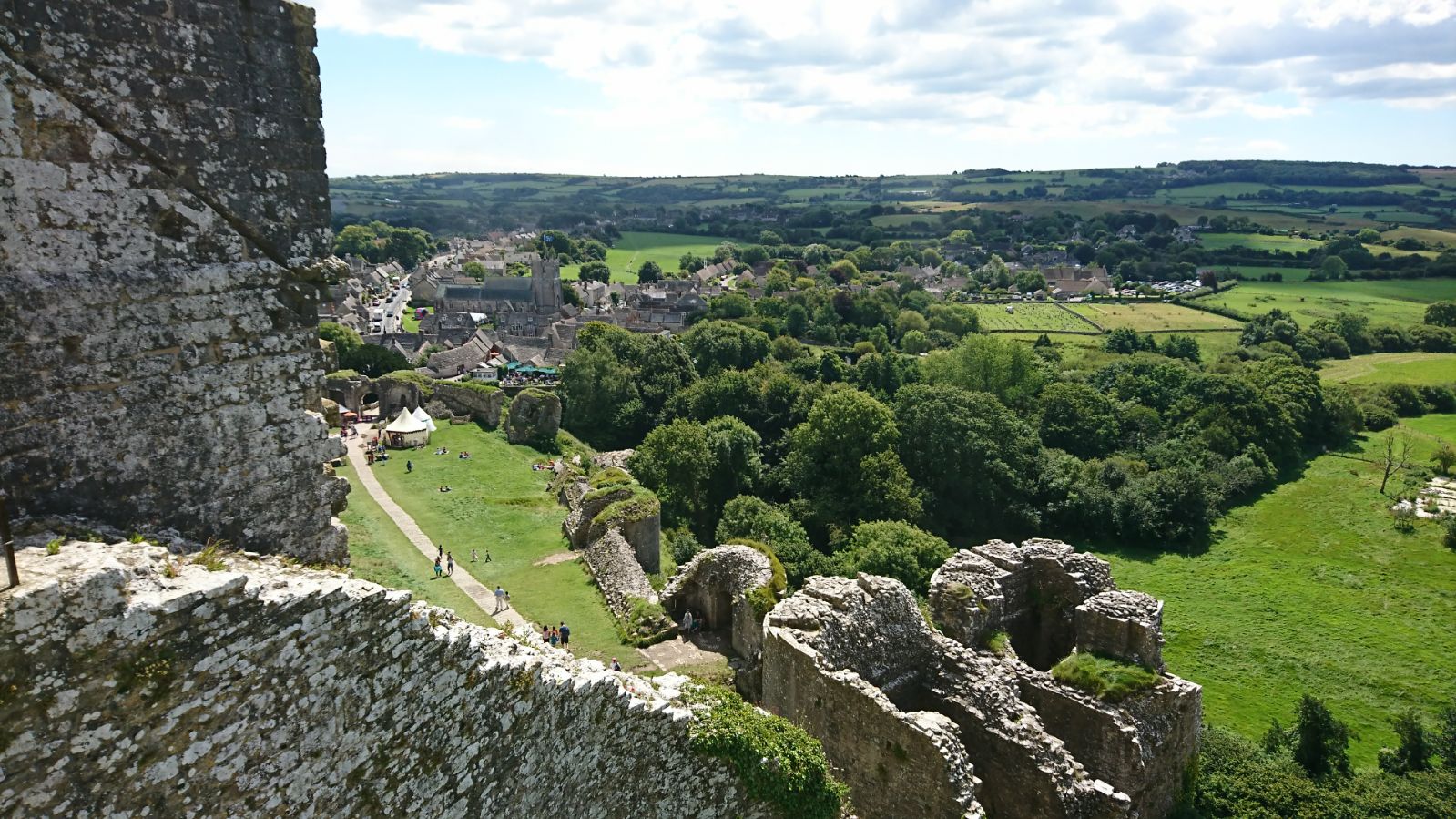 The view from the top… Stunning Corfe Castle

The new diesel train is very different from the steam engine also run from Swanage rail station. The stream train is largely a tourist attraction, with all the bells and whistles (literally), taking you on a journey back in time. The Swanage Railway Website has lots of events throughout the year, and experiences that you can’t get anywhere else. Why not book in the Christmas Belle experience to feel like you’re in a winter wonderland? The day course in driving a steam train is sure to be a winner of a gift for adults young and old. Swanage Railway is nominated for Best Attraction in Purbeck in the Dorset Cottage Holidays sponsored Best in Purbeck Awards 2017. Cast your vote.