TankFest is an annual event which takes place over the course of two days. The event attracts thousands of people to Bovington, from all over the world and for the first time ever, tickets were sold out.
TankFest tickets allowed visitors to enter the site, including the Vehicle Conservation Centre and the museum. Static and mobile tanks from the First World War through to modern day were shown throughout the weekend.
Saturday 27th coincided with Armed Forces Day where current military personnel took part in some of the displays. 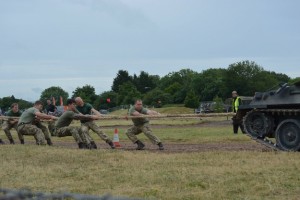 Late morning in the Kuwait Arena the tank pull competition took place. This consisted of six teams (of 8 men) pulling an 8ton tank; The Tank Museum, The Royal Marines, ATDU/RWXY, 105 Battalion REME, Armcen and The RBL Bovington Branch. All teams battled it out in hope to win the tank pull trophy.
The final round of the tank pull 2015 was between The Royal Marines and The Tank Museum. Things soon got very tense within the arena as the crowd began to cheer for their favourite team to win. The crowd went silent whilst waiting for the teams’ times to be calculated and for the winning team to be announced. By a margin of a few seconds, The Tank Museum team lost their title and The Royal Marines were named ‘The Tank Pull Winners of 2015.’ 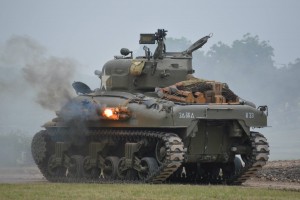 Throughout both days there were many events to watch in the arena. One of these events included a salute to the 70th anniversary of Operation Market Garden. Of course the biggest event was the grand finale battle showing visitors how the soldiers would communicate with each other during battle. The grand finale involved many explosives, three of the four Sherman Tanks that were featured in the ‘Fury’ film as well as the platoon who were also central to the grand finale battle.
An original Spitfire that was used by the Royal Air Force during and after the Second World War, flew above the event truly wowing the crowd.
As well as the events in the Kuwait arena, there were fairground games and numerous trade stands offering army-surplus. There were also living history displays from military re-enactment groups, and WWII-themed entertainers. 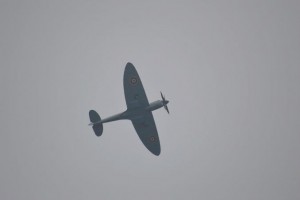 I was able to sit and enjoy locally produced foods from the multiple trade stands whilst enjoying the exciting entertainment within the entertainment tent. In this tent there was themed live music from Swing Unlimited Big Band, The Decadettes and The Singing Spiv and his dancers. The atmosphere within this tent was incredible, people were dancing, laughing, clapping and of course singing along to the songs.
Mid-afternoon Poole and Bournemouth College hosted a 1940’s themed fashion show. Students would show off their unique fashion garments and provide visitors with some background information regarding the making of each outfit. 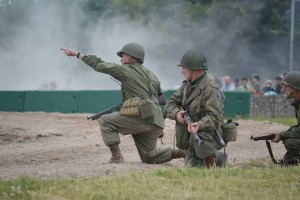 My day spent at TankFest was very informative and entertaining. There definitely was not a dull moment throughout my day, with plenty to do and see. I think it is true when people say The Tank Museum is not like any ordinary museum, it definitely is not quiet!