Where’s the best place to make cider? It must be here…

Local food and drink is something we at Dorset Cottage Holidays are very proud of. Our guests delight in finding Dorset apple cake, Dorset tea and Dorset biscuits in their welcome packs when they arrive at their cottage. This is why when Leanne said “We’ve arranged for you to meet The Purbeck Cider Company, Cally” it was music to this Dorset girl’s ears. Armed with my notepad, and wishing I didn’t have to drive home that evening, I took the very short drive from Corfe Castle up the hill to Kingston.
What a glorious place! There are orchards, farm lands and cider-making warehouses all overlooking Corfe Castle itself. This is the site of the old dairy where Joe the owner’s parents have run several businesses, including the successful Purbeck Ice Cream. 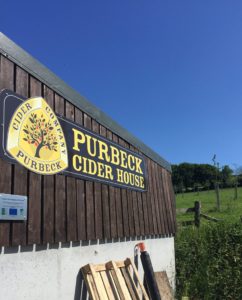 A setting like this is sure to make delicious cider!

Purbeck Cider Company is nominated for Best Local Producer in the Best in Purbeck Awards 2017, which is sponsored by Dorset Cottage Holidays. We are very keen to promote authentic Purbeck experiences, produce and attractions and give them the recognition they deserve. Along with the others in the category, you can cast your vote for Purbeck Cider here. 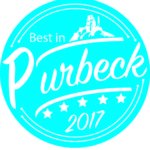 How do you make Cider? Ask Doug the Cider Maker

Adding to the laid-back atmosphere, it is lovely and sunny, with sheep grazing in the field behind me. Then, three dogs begin barking from the office where a hive of activity is taking place – everyone is on the phone, and a delivery has rocked up. The company is in the middle of change. They are relocating their press to a nearby 15 acre orchard and updating much of their equipment. As the second largest cider producer in Dorset, Joe has to keep on his toes.

In among all this, I meet Doug, the cider maker.

Doug loves being hands on with his cider. He is passionate about what he is creating, and seems very happy to be showing me around. I have the privilege of a tour, detailing the whole cider making process. A taste every now and again serves to illustrate what Doug tells me about the differences according to the fermentation and recipe. I’m learning a lot. For example, did you know that the longer apple juice is fermented, the better the flavour of the cider? Did you know that the summer weather has a huge effect on the taste of the apple juice? Cider making is a very labour-intensive process. In peak times, a 4am start is not uncommon, with the last person leaving around 6-7pm. Add in spring lambing and any number of other farm jobs to get done, it’s all hands on deck! 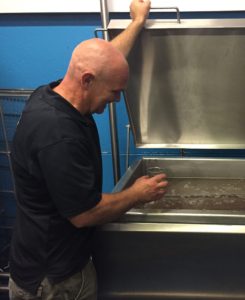 Doug tells me that The Purbeck Cider Company uses Dorset apples. Any extras come from Hereford. How’s that for authentic British produce? The main market is Dorset and Hampshire, keeping it very local. For example, I have tasted Purbeck Cider at The Castle Inn in West Lulworth (another Best in Purbeck Awards nominee under a different category). This makes it a real ‘destination drink’. You can’t just buy this anywhere. A taste of Dorset is what we at Dorset Cottage Holidays like to encourage. While you’re on holiday with us, you have to try a pint or two, and taste the Dorset summer sunshine in the glass. 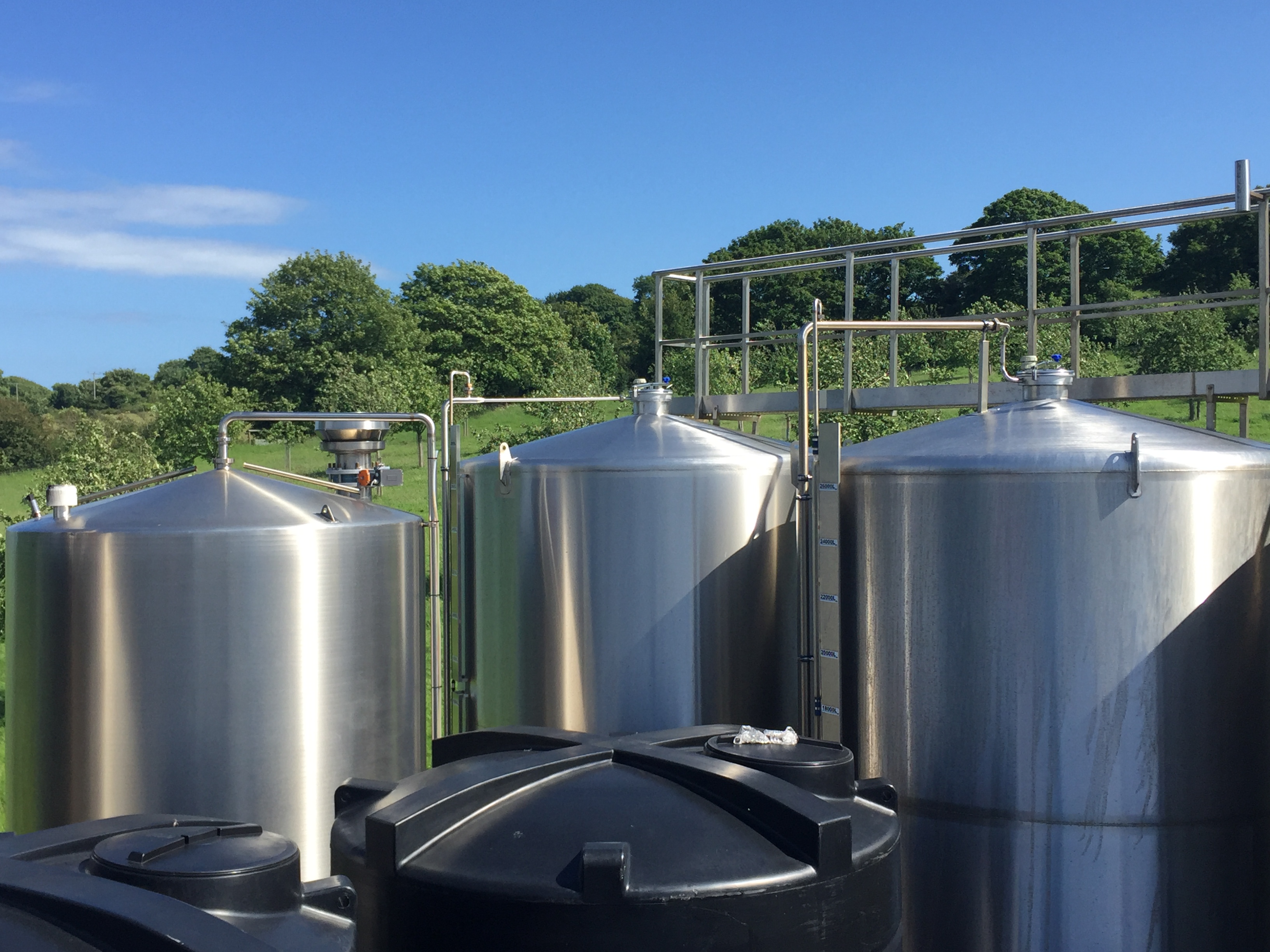 Fruity Festival Ciders? No thanks

With a fruity festival cider becoming the millennial’s alcopop, everyone wants a slice of the (apple) pie. Even Smirnoff and Stella Artois are making cider now. There is also constant innovation in the industry. Lots of flavours, additives and brands are available in pubs and bars, so how do Purbeck Cider compete? From what I’m about to find out, the competition is in the taste.
I am introduced to three ciders, each of which Doug proclaims his favourite. And of course he would, as he and Joe come up with all the cider recipes.
First we try Dabinett. The single variety of apple is used to create this one, and it is, of course, lovely.
“Even in a plastic cup that tastes good!” says Doug. That bodes well for summer garden BBQs and beach picnics, don’t you think? Many of our Holiday Cottages have a BBQ in the garden, so you’re perfectly set up for those long, lazy evenings. Being in Dorset, you’re never too far away from sand or pebbles, so why not take a couple of bottles down to the beach with you? 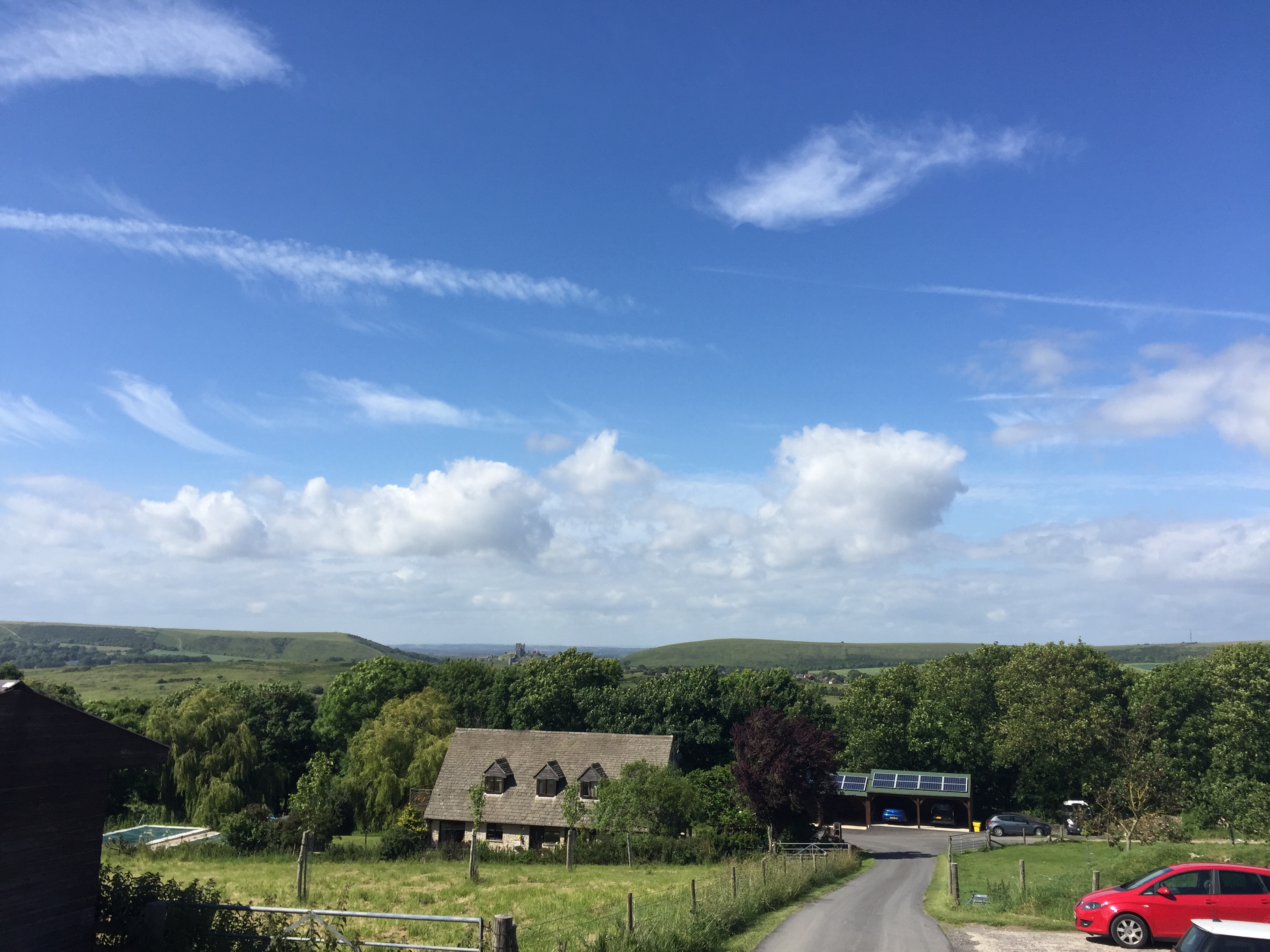 Can you spot Corfe Castle in the background?

The next taste is of the recently released Number 10: a commemorative drink celebrating 10 years of Joe’s Cider. Doug says that initially he was disappointed when he tried this one at room temperature. Then he tried it again chilled, and fell in love. The temperature removes any sharpness in the cider. So there’s a lesson for you: always drink your cider chilled!
Finally, we try a flavoured cider to challenge the pretenders. This is Doug’s ultimate favourite. All natural and with no artificial additives or flavours, this one blends British blackberry and raspberry juices in a subtle but delicious way. This is not your standard mass-produced panda pop. Doug says it is “like having a glass of cider and going blackberry picking at the same time”. Which has given me an idea for my next day off!

For a true Purbeck experience, we would highly recommend taking a bottle of Purbeck Cider down to Durdle Door and sipping as the sun goes down. You’ll find Holiday Cottages in West Lulworth close by with us.

Once the big move takes place and the team are settled, they are hoping to be able to invite the public to the farm for tours and tastings. I can’t think of anything better for a relaxed day in the sun in Dorset. Keep your eyes peeled for a Dorset Cottage Holidays competition next summer!
We love to support Dorset produce and if there are any more local companies that you’d like us to showcase, please do get in touch. There are many nominations for our Best in Purbeck awards, don’t forget to vote now. 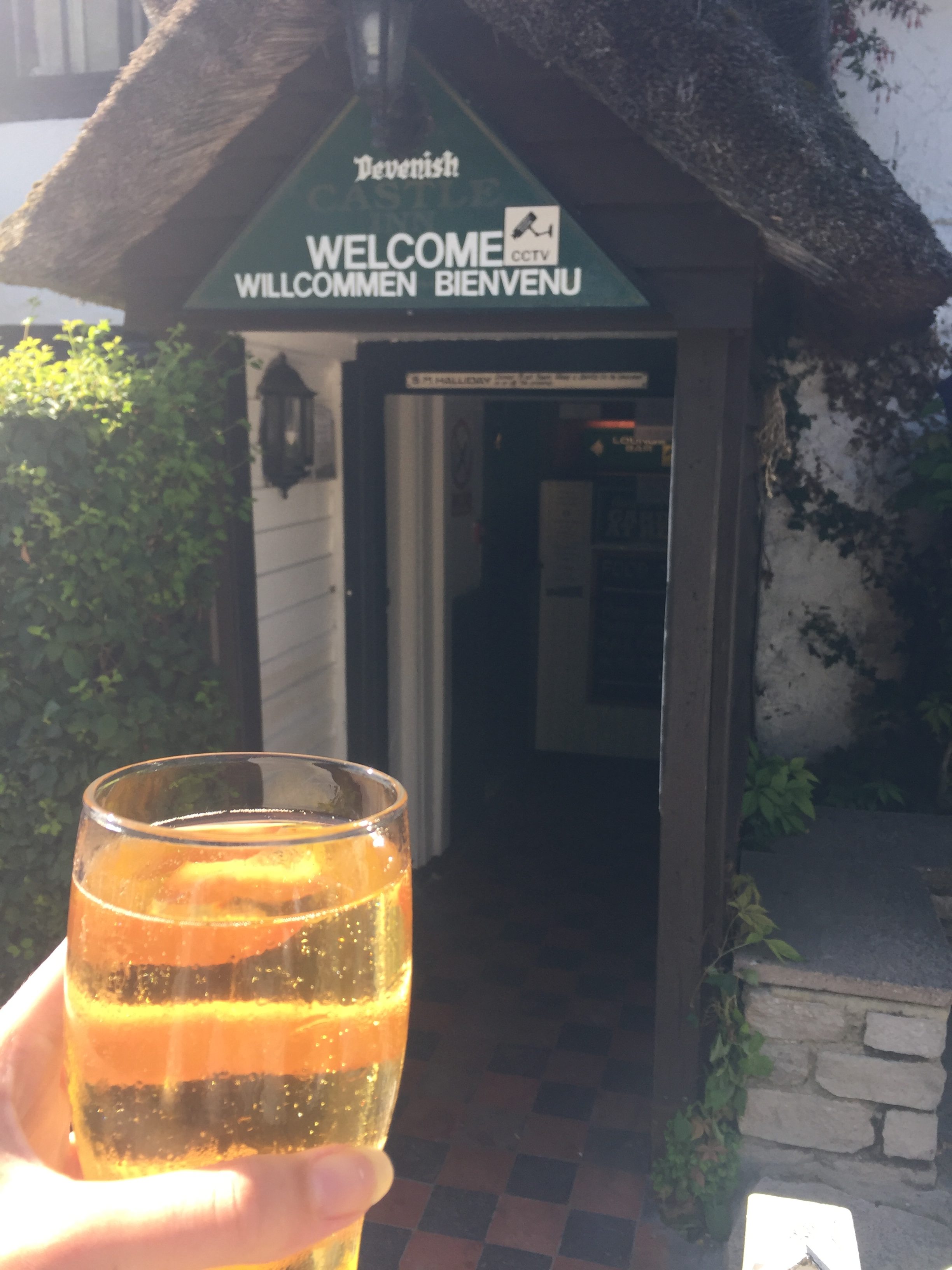 A Purbeck Cider at The Castle Inn, West Lulworth